I was lucky enough to attend to the Infographic Congress, in Zeist, on March 1st 2013. Dedicated to data visualization, this congress featured numerous speakers whom all presented data visualizations. Some of these graphic works were so old that it is maybe inappropriate to refer to them as data visualizations, and maybe the term fact visualization might be a more accurate description. And even the more recent visualizations we were shown that day, were striking by their apparent simplicity. Every facts, phenomena that were visualized that day, were in such an obvious manner that we all forgot about the underlying data for figures were not welcome in most of the visualizations. The meaning of data was translated by shapes, volumes, colors, lines, and even objects combined in a way that was representing the data in the most simple, clarified and effective way.

A simple answer to how these visualization can be so effective and powerful was given by both Reif Larsen, an american author and Alberto Cairo, a journalist, information graphics teacher and maker. Reif Larsen’s novel is filled with graphics, maps, and sketches, which make him say he entered the world of data visualization through the “back door”. Alberto Cairo is author of the book The Functional Art: An Introduction to Graphics and Visualization. Their common answer to the above mentioned question, the common point between all these efficient yet beautiful visualizations, was that they had been conceived following the adage “form follows function”. It addresses the shared feeling among some designers and journalists that over the last years, data visualization becoming a trendy practice, the overall quality of graphics being both low and inadequate, if not simply wrong.

The phrase “form ever follows function” appeared in Louis Sullivan’s article The Tall Office Building Artistically Considered in 1896, but a simpler version of the sentence was remembered, and today is regarded as a pillar of Functionalism, later represented by Frank Lloyd Wright, one of Sullivan’s assistants. Considered to be Moderns, the Functionalists believed that the shape of a building should be designed according to its purpose(s). Other characteristics of modern architects are their perpetual quest for more simplicity and clarity. Another architect from the early XXth century, Adolf Loos, published the essay Ornament and Crime, where he conveys the idea of eliminating ornaments from objects since they are responsible of the “going too soon out of style” phenomenon. Within the realm of architecture itself, the claim has rapidly been discussed. Although close to Sullivan’s ideas, Frank Lloyd Wright, while being firmly attached to simplicity, noted the misunderstanding of his mentor’s sentence which he interpreted as follows: “Form and function should be one, joined in a spiritual union”. Deconstructionist philosopher Jacques Derrida also nuanced Sullivan’s law, insisting on the importance of the in-between of the dualism, without prioritizing any of the components.

This insight into the origins of “form follows function” help us to understand one of the components of what is a good visualization, in the words of Alberto Cairo and Reif Larsen. Before looking deeper into Alberto Cairo’s functional art we will have a quick glance at what kind of visualizations architects perform.

Architects happen to be using infographics and visualizations to a significant extent, although they call these works diagrams. Diagrams can be used to work on shapes, programmes (commercial briefs), and big urban scenarios, and are divided in two categories: generative and analytical. The first ones are used to generate new ideas upon a context and known elements, while analytical diagrams provide a study of an existing ground, breaking it into parts. They focus on resolving spatial layout issues hence not only represent actual physical elements but also flows (people, wind…). Diagrams are made of symbols, and are usually about concepts and clarifying relationships between flows and elements. They represent in an abstract way a combination of components and characteristics of human behavior. 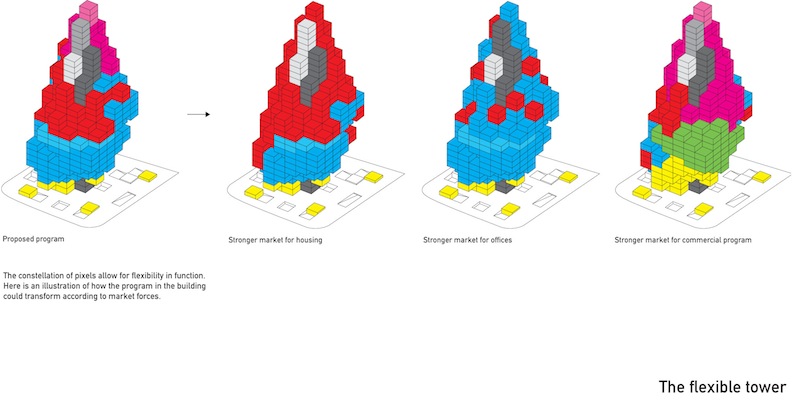 Architects share with designers of (interactive) visualizations that their discipline combines concept and experience, image and use. “Buildings are received in a twofold manner: by use and by perception. Or, better: tactilely and optically” wrote Walter Benjamin in The Work of Art in the Age of Its Technological Reproducibility. We can say that the same applies to (interactive) visualizations. This parallel can be drawn since we understand that the relationship between the eye and the hand does not correspond to the model where the hands execute and the eye judges but, as explained by Deleuze, a much more complex relation enriched by “dynamic tensions, logical reversals, and organic exchanges, and substitutions”. (Vito Campanelli, Web Aesthetics, How Digital Media Affect Culture and Society)
Architecture is an answer to the problem of making people living together. Information graphics and visualizations are also solving a problem: they detect pattern, tendencies, draw comparisons and highlight connections, or use large amount of data. It reveals stories that the viewer could not detect or read with the figures only.

Alberto Cairo has precise ideas on how to make good information graphics and visualizations, in each of which he further develops the adage “form follows function”. In his book’s introduction he claims that “The first goal of an infographic is not to be beautiful just for the sake of eye appeal, but, above all, to be understandable first, and beautiful after that; or to be beautiful thanks to its exquisite functionality.” (Alberto Cairo, The Functional Art: An Introduction to Information Graphics and Visualization)
However, Alberto Cairo does not follow the adage blindly, and further explains it in the second chapter of his book. His demonstration is manifold, and he uses various examples to explain that Sullivan’s law should not be applied strictly (sometimes, “the connection between form and function must be learned”), that the correlation seems unidirectional where in the field of biology, evolution has shown that some natural slightly better predispositions due to DNA variations help to proceed to a natural selection within species. Hence, the reason for giraffes having a long neck is not because their food is located on treetops as would suggest “form follows function”. 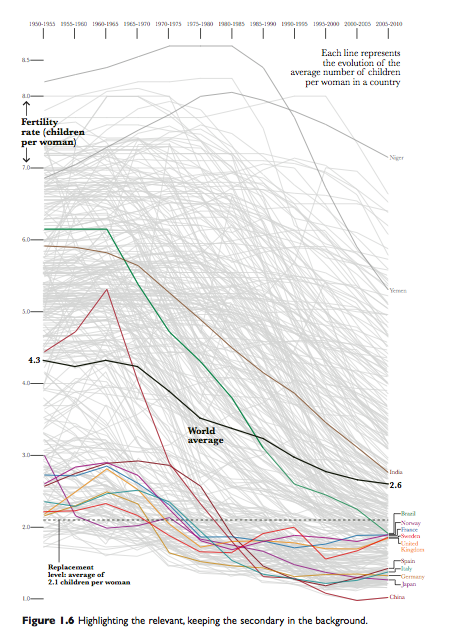 Although the adage deserves to be nuanced, some truth remains and this is the reason why Albert Cairo argues that not only “the form of a technological object must depend on the tasks it should help with”, but above all, ‘the form should be constrained by the functions of [the] presentation.” How do these reflections impact the practice of information graphic and visualizations? Above all, Cairo recommends to learn to deal with information, and have a critical and clear approach. The visualization will be greatly improved if the goals, the stories, are well defined. Simple graphs are usually a good start, but one should not restrain his creativity and be afraid of innovation.

Cairo, Alberto. The Functional Art: An Introduction to Information Graphics and Visualization

Yi-Luen Do, Ellen and Gros, Mark. Thinking with Diagrams in Architectural Design. http://code.arc.cmu.edu/archive/redline1/public_html/AIRE264.pdf