Time to be honest? The consequences of virtual appreciation. 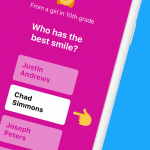 ‘See who likes you’ is the slogan of the new iOS application ‘tbh’ that was launched this August. The app was built as a way to give “positive feedback and honest opinions” on your friends”. Sounds good, but what are the consequences of teenagers becoming increasingly fixated on virtual forms of appreciation and reputation?

Time to be honest?

Although tbh, short for ‘to be honest’, is only available in ten states at the time of writing, it has been dominating Snapchat and Twitter posts, has processed over 150 million messages and has steadily claimed the number one spot in the top grossing apps in the USA. In an interview with Techcrunch, co-Founder Nikita Bier states that his app is about “the ability to tell people more of the things that make them happy”. The app was created from the perspective that “social networks should make us feel better about ourselves—not worse”.

The assumed link between social media use and self-esteem levels is nothing new and has already been widely discussed in the academic field, concluding that the level of emotional investment in social media do in fact relate to sleep quality, anxiety issues and depression in adolescents daily lives. Scholars like Woods and Scott have highlighted the link between self-esteem and social media use, stating that “receiving positive or negative feedback on an online profile can increase or decrease self-esteem accordingly” (42-43). The proliferation of likes has a strong impact on how those who receive them feel about themselves and research experiments and field studies have shown that “self-esteem is elevated when individuals are (or imagine being) included, accepted, or deemed popular by others” (Burrow and Rainone 232). Receiving positive feedback satisfies the psychological need of teenagers to feel accepted within one’s social environment. As young high-school and college students are generally susceptible to easy and instant ways of peer endorsement it’s no surprise that tbh has become such a success (see fig. 1).

Fig. 1: The effects of tbh on teenagers (source: Twitter)

When you open the tbh app it asks you to sign-up by providing your first and last name, gender (male, female or non-gender) school and grade from a selected list of high-schools, colleges and universities. The app then creates “fun, uplifting polls” about your friends or classmates such as ‘world’s best party planner’ or ‘best to be stuck on an island with’ and asks you to choose from four random names from your friends or classmates list. Who you pick as an answer is kept anonymous and in stead of using open text fields, the app uses simple buttons as a way to avoid negative input that could lead to cyberbullying. In addition to answering the polls created by the team of tbh, you can submit your own polls by emailing them to the tbh team. Each time your name gets picked in a poll, you receive an anonymous notification that a certain boy, girl or non-gender from your grade picked you. Every time you win a poll, you get rewarded with a pink, blue or purple (non-gender) ‘gem’. The more gems you get, the more you’ve been chosen for a certain poll and the more questions and features you can unlock in the app: “You can only complete a set number of polls at a time and when you run out, you need to wait for a timer before you can take on more”.

A vehicle to feed the ego 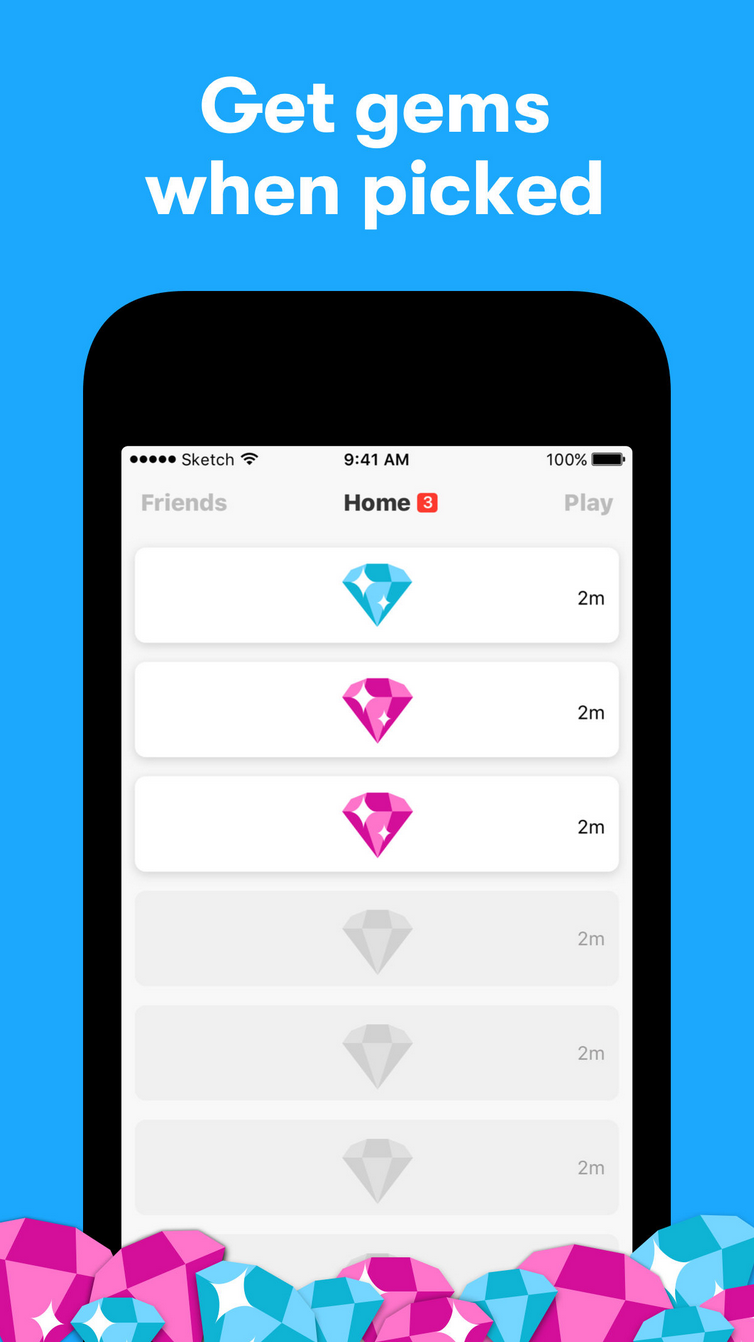 This virtual rewarding system is an example of how social media increasingly become ‘gamified’: game design elements are used to enhance the services of an app or platform “with (motivational) affordances in order to invoke gameful experiences and further behavioral outcomes” (Hamari et al. 3026). A desired response from the user of the app is followed by an intangible incentive, in this case a digital gem (see fig. 2). By providing rewards, tbh allows for the perception that the ‘tbh-reputation’ of the teenagers is constantly improving the more they use the app. By rewarding the users with a digital incentive, the app motivates its users to keep answering new polls, and by connecting the gems to the positive notion of appreciation, it creates a relation between the amount of rewarded gems and one’s self-esteem (see fig 3.). And it doesn’t stop there: the app uses an additional built-in incentive for a user to share the app with others. If you want to keep playing tbh without being timed-out for an hour, you can invite more friends or spend some of your gems.

Tbh joins platforms like Facebook, Twitter and Snapchat in creating “ideal social arenas for individuals who appreciate and are attracted to engaging in ego-enhancing acitivites” in which users are enabled “to bolster their egos on the basis of instant feedback from potentially large number of other individuals” (Andreassen et al. 291). A quick search on Twitter shows that teenagers are connecting the use of the app and their level of gems to psychological terms such as confidence and appreciation (see fig 4). But what are the effects of this new ‘virtual’ sense of appreciation on our daily ‘non-virtual’ lives?

Fig. 3: The effect of gems on self-esteem (source: Twitter)

Fig. 4: Getting a confidence boost by using the app (source: Twitter)

Gems as a résumé?

What makes the tbh app interesting is how it illustrates a global trend in todays economy in which personal ratings and our online reputation are becoming increasingly important. Tweets posted about the app already show how teenagers are starting to imagine how their tbh gems could have an interesting new value when applied to real-life situations (fig. 5).

Fig. 5: The value of gems in real-life (source: Twitter)

What if we would indeed integrate the concept of gems to our offline ‘real’ lives? The concept of gems as introduced by tbh would have great impact on our general social capital, as eventually real-life skills will become subordinate to our digital reputation. “Feelings and opinions expressed in the form of ranking and rating for example, build personal reputation, which functions, in turn, as a new form of currency and, more generally, value.” (Hearn 422). Our personal reputation will no longer be a reflection of a person’s quality or achievements. This will cause our economy to gradually shift towards a new emerging ‘reputation economy’ in which “the acquisition of reputation bears very little relation to any specific skill or accomplishment, but appears to be derived solely from the performance of effective attention-getting itself” (423).

By doing this, social media like tbh affect the ways in which we understand genuine appreciation, and thereby ourselves and others. What happens to our self-esteem when we only take credit for virtual reputation and forget one’s true identity in real-life? The fact that these American teenagers are being incentivised to become more appreciated could motivate them to behave differently in order to earn gems and maintain their virtual reputation. What happens to the ones who are never picked in a poll, or the ones who stick to non-digital ways of maintaining their reputation? There’s a good chance that there will be a point in the near future where real life reputation doesn’t live up to it’s virtual alternative.

Although I couldn’t agree more with the founders of tbh on the fact that social media could benefit from more positivity, I tend to differ from the ways in which the creators think this could be accomplished. By creating an app as popular as tbh, you create a matrix in which your own reputation and popularity can constantly be compared to others. My guess is that although at first this app seems to be generating a positive vibe online, the focus on the concept of placing each other in certain categories could lead to more friction in the offline world of these adolescents in the future. Are we shifting towards an ubiquitous ratings society in which every interaction throughout the day will be rated and categorized by peers? If so, people will lose themselves in a world where they think that their value is equivalent to their points or gems. Everyone will become a little bit false because we’ll become terrified to be marked down. Science fiction series such as British ‘Black Mirror’ already picture a future world in which we become entirely driven by online social acceptance, ratings and likes.  But is this actually still science-fiction? 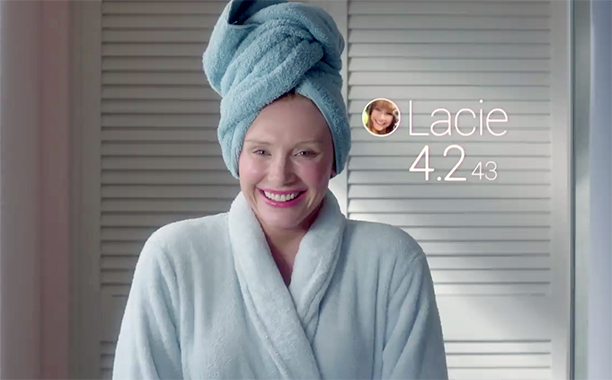 Burrow, Anthony L., and Nicolette Rainone. “How many likes did I get?: Purpose moderates links between positive social media feedback and self-esteem.” Journal of Experimental Social Psychology 69 (2017): 232-236.