The Future of Hacking

Data theft, child pornography, spying on governments and spreading destructive computer viruses. When thinking of the term ‘hacking’, we usually think of internet crime, computer breakdowns and some geeks sitting in front of their laptop looking for a fresh kill. However, for those who think of themselves as ‘hackers’, hacking means something completely different. It’s about creatively playing with technology, challenging the status quo of things and exploring the world. Did you know that you can hack your own life? I didn’t, but I learned about it yesterday at a conference named “The Future of Hacking” organised by the Club of Amsterdam in collaboration with the Hogeschool van Amsterdam. 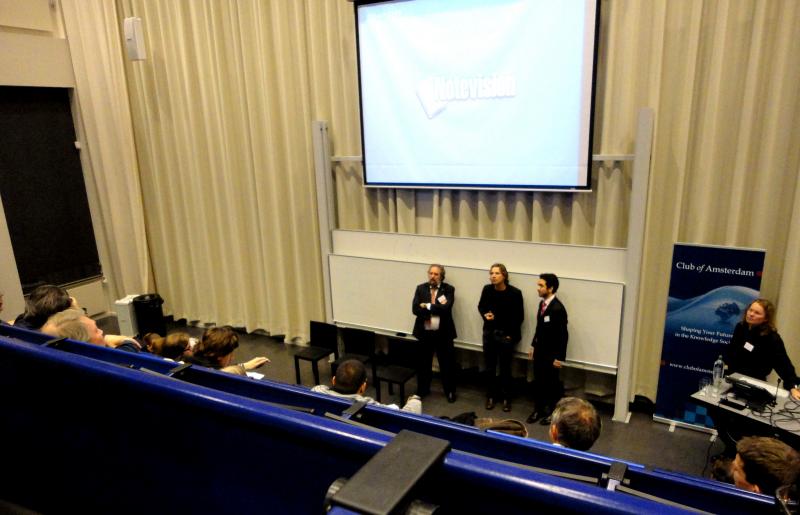 When I first entered th e auditorium of the Hogeschool van Amsterdam, I was not really sure what to expect of a discussion about “The Fut ure of Hacking”. For me, hacking always meant something negative and in most cases even criminal as I had alwa ys linked it to major crimes and electronic warfare such as the recent implementation of the stuxnet virus in Iran that h as raised awareness on how invasive cyber-attacks can be nowadays. Be it as it may, my knowledge on ‘hacking’ was a broader one after the three speakers introduced me to their world of hacking.

The future of cybercrime – will the police be able to catch ‘the bad guys’?

The first speech was held by Frans Kolkman, head of the High Tech Crime Unit East-NL who explained which difficulties the police are facing with catching criminal hackers that hack systems across borders. According to Kolkman, the legal situation can be considered very tricky as an executive power such as the police can only persecute crimes committed within their national borders. “Before we can even realize it, we are entering another country” says Kolkman when referring to the core problem of catching cross-boarder cyber-criminals. Another vital challenge that criminal hackers create is the way they hide and encrypt files. Based on the notion of ‘steganography‘, they can make two files look exactly the same from the outside, having the same name, size and appearance. “If we have a suspect of childporn, his computer can be full of files that seem to be images of windmills”, says Kolkman. To illustrate one of the most successful viruses, he gives the example of the code red worm, which infected more than 359,000 computers within less than 14 hours in 2001:

So what can be done against these criminal cyber-invasions? “We need new tools and privacy invasive legislation, otherwise we won’t be able to succeed in fighting cybercrime”, says Kolkman, meaning that the police needs to have the allowance of entering private data of suspects in order to seize potential hackers. As an answer to the question of why the police is catching ‘only’ about 24% of criminal hackers he says: “In the real world we also don’t get all the bad boys”. To the audience’s surprise he gives a strict “No” when asked if he would hire a hacker to catch another hacker. “Hackers are just too narrow-minded.”

Lifehacking – have you already started to hack your own life?

Martijn Aslander, who calls himself a “lifehacker” that “never had a job in his entire life” but still earns a living introduced hacking as a way to make the world a better and more effective place in the face of information flood and the rise of network society. “Hacking is not good or bad. It depends on what you do”, he says giving the example of how he turned off a street light with a small metal device because it disturbed him and his friends while having a BBQ on his terrace. Then he raises the following questions: “Have you ever thought about how much time you waste in front of a computer writing responses to e-mails? How can you accomplish more with less effort and more impact in the networking society? Just have a pattern ready for every possible answer”, says Aslander – while the audience is sceptical of him earning a living without having a proper job (person sitting next to me: how does this dude pay his rent?).

As his core message, Aslander points out that we need to find a way to organize ourselves better and more effective. Filtering e-mails, using RSS feeds and asking your social network community such as Twitter for help rather than Google – this will make us more productive and less overwhelmed by incoming data according to the professional lifehacker.

Hack your city – civic duty in a cyber-connected world

“How can you hack your surroundings to make them better for you?” is the question raised by the third and last speaker Alper Çugun, intendant of the Amsterdam-based data visualization agency Monster Swell. Hacking to him is a way to find improvements in a complex world and that is why the term ‘innovation’ is more suitable than ‘hacking’. With showing the example of Verbeter de buurt, a virtual map of Amsterdam, Çugun shows how people can hack their immediate environment to make it better for themselves. On this city map, everyone who joins can mark a place in Amsterdam which lacks improvements, such as places that are dangerous for bikers, dog poop on lawns or sunken boats in canals. In this case, hacking is mainly about making data and processing useful for the public or as Çugun puts it “in a world that is getting more and more connected, the way we collect data and gather it on displays can give us a better view on the world”. 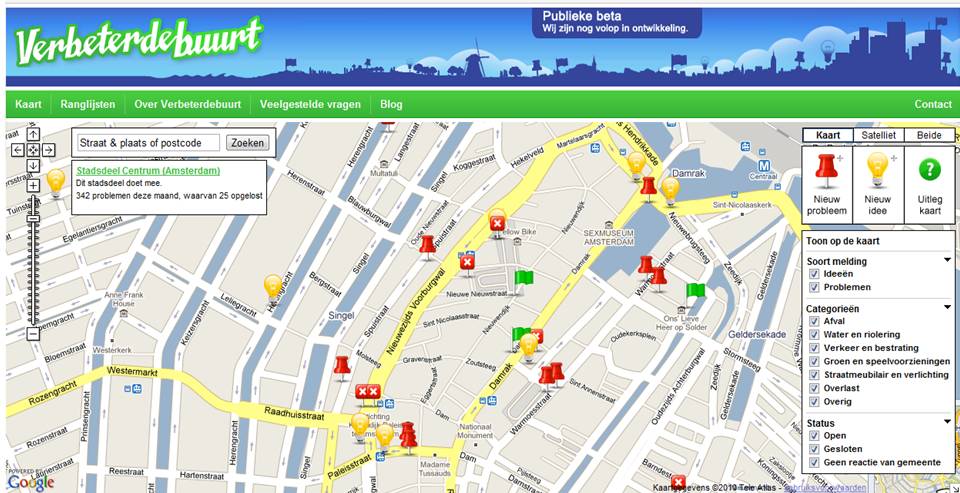 Conclusion – How does a hackermind think?

The ‘Future of Hacking’ was an interesting evening, staged by a cop that wants to find a way to “catch the bad guys”, a guy that knows how to survive in our society with ‘lifehacking’ and without a proper job and a data visualizer that is referring to hacking as a ‘civic duty’. They all gave a very inspiring insight on what hacking can be and they met somewhere in the middle by saying that a ‘hackermind’ is someone who wants to discover unexpected things and new ways of using technology creatively – someone who wants to find flaws in soft- and hardware that has been imposed on us and know how things really work or can work alternatively. So a hacker is not necessary a criminal, but definitely an explorer. After all, everyone of us can be a hacker if we try.