From Fake to Fact: How the Blockchain May Rewire Our News Consumption

No, literally: the news is broken. Fake over fact; clickbait over quality. Increasingly influential social platforms privilege content that ‘works’: content that captures our attention and drives up profits. Consequently, news organizations create such content. A new startup, Decentralized News Network (DNN), is using the blockchain in an attempt to break the chains that bind the news to centralized, corporate control.

“The influence of social platforms shapes the journalism itself. By offering incentives to news organizations for particular types of content, such as live video, or by dictating publisher activity through design standards, the platforms are explicitly editorial” (Bell and Owen). 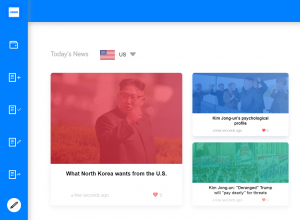 Today, almost 4 billion people have access to the internet. More than half of them use Facebook, the largest social network, at least once a month. Last year – to stay in the domain of metrics – Facebook disclosed that its average user was using the platform for 50 minutes a day (Stewart). 50 minutes of scrolling, clicking, engaging, and, not unimportantly, reading the news. 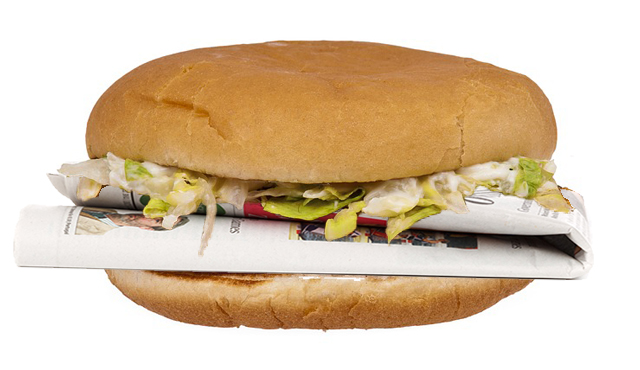 As news consumers, we feed on what we’re being fed by Facebook’s mysterious and everchanging algorithms. These algorithms thus dictate what news we (don’t) get to see (Gillespie 1). With half the world’s internet population being exposed to their workings, which are ultimately constructed by Facebook’s effort to maximize its profits, it is important to keep these algorithms under close scrutiny. We must ask ourselves: is this the way we want to consume our news? And, what alternatives do we have?  This article will introduce and explore one such alternative. It’s called Decentralized News Network (DNN) and it aims to completely rewire our online news architecture.

The Man Behind the Curtain 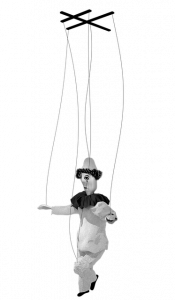 “Those who are able to determine the outline of the form determine like no other tomorrow’s world” (Lovink and Rossiter 1).

A 2007 research on consumer behavior found that the average adult in the United States makes 226.7 food-related choices a day (Wansink and Sobal 118). Behind all of this choosing, whether within or outside of the food domain, stands ‘choice architecture’. Choice architects are those who have “the responsibility for organizing the context in which people make decisions” (Thaler and Sunstein 2-3). Put simply: our choices are determined by the choices of others.

A crucial aspect of choice architecture, Thaler and Sunstein continue, is that “there is no such thing as ‘neutral design’ “ (3). In other words: while choosing from a range of options we are already being ‘nudged’ – a term the researchers coined – in a certain direction by the predetermined, biased formulation of its design (Thaler and Sunstein 8). The range of choices that we’re offered is decided upon in advance by choice architects and is always limited and therefore also limiting.

Facebook’s news feed forms a good example of “choice architecture in action” (Thaler and Sunstein 11). The visibility and order of its content is dictated by Facebook’s proprietary and highly non-transparent algorithms. The platform thereby nudges its users into seeing what it itself or its beneficiaries deem appropriate. In this sense, we can indeed hardly speak of neutral design.

With recent accusations of having influenced the outcome of the 2016 US elections and the Brexit vote, Facebook’s biased modus operandi has increasingly become subject of heated debate, especially within the domain of politics (Shaw). However true such accusations may be, we must consider the evermore centralized infrastructure of the internet against the backdrop of its initial promise of decentralization and democratic possibility: the promise of a place that allows anyone to become a medium (Joler et al.)

Now, this is where DNN comes in. The promise of ‘decentralization’ lies at the heart of this emergent political news platform. Addressing issues as ‘fake news’ circulation, political polarization through ‘echo chambering’, and the decreasingly open and participatory debate, DNN aims to create a “self-sustaining environment that thrives on tangible activity and accuracy of content rather than on advertising revenue and corporate interests”(Singh and Taylor).

The remainder of this article will explore in what ways this blockchain-based initiative challenges the existing status quo in online news production, distribution, and consumption as dictated by the centralized infrastructures of hegemonic platforms such as Facebook.

The blockchain – put simply: a digital chain of unique, timestamped blocks stored in a global ‘ledger’ that anyone can access and review, but not alter – has drawn the attention of many as the underlying technology of Bitcoin (Underwood 15). In the eight years of its existence blockchain technology has come of age and has now moved beyond its initial function as the mere basis of cryptocurrencies. Whereas the ‘Blockchain 1.0’-technology facilitates the unrestricted, decentralized exchange of digital currencies and enables financial transactions on a global scale without the need for any intermediary, the more elaborate ‘Blockchain 2.0’-technology entails the exchange of ‘contracts’, which renders possible any type of transaction, not just financial ones (Swan 9-11).

In the case of DNN, Blockchain 2.0-technology is used primarily to facilitate informational transactions that can’t be restricted or influenced in any way by any central authority or third party. It also works as a trust mechanism, which is of major importance in an environment without a centralized authority. The next couple of paragraphs will further elaborate on the ways in which DNN has employed blockchain technology in the spheres of news production, distribution, and consumption.

To deepen trust between users and accomplish a self-sustaining environment, the DNN platform is backed by its own cryptocurrency, the ‘DNN token’. By “rewarding all parties involved in publishing a factual article” with this token, DNN hopes to create “new types of incentive structures” (Singh and Taylor 1).

“[The] issue [is] that the structure and the economics of social platforms incentivize the spread of low-quality content over high-end material” (Bell and Owen).

On Facebook – which many observers label as a mere advertisement company – there are clear (financial) incentives for news organizations to produce content that ‘works’, according to the platform’s algorithmic judgement. These incentives ultimately cloud users’ news feeds with ads, fake news, and biased articles: stuff people click on. In contrast, DNN’s core purpose is “to present political news as accurately as possible, free of any corrupt incentives or hidden agendas” (Singh and Taylor 5). Fact over fake, so to say. 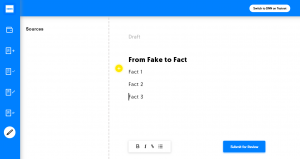 Instead of promoting content that merely captures a user’s attention and keeps them clicking for more, DNN rewards the creation of factual news. On DNN anyone can create a news article. However, one must first buy the right to write by putting in some DNN tokens. Only after the article is reviewed, fact-checked and published, the creator can redeem these tokens and will be rewarded extra in accordance with the amount of engagement the article generates. This, the platform hopes, discourages anyone from creating clickbait or fake news articles, which will simply not pass through the review phase. Money lost.

For similar reasons, reviewing – or: fact-checking – also requires a token deposit. Anyone can ‘bid’ to review an article and the 7 highest bidders will together be responsible for its final approval. Reviewers are anonymous and operate in isolation of one another. After the publication of an article, which happens automatically when there’s a clear majority vote, reviewers will also have a share in its success. The underlying processes that guide articles from creation to revision and publication are all shielded by blockchain technology. There is no room for outsiders. No room for central control.

“Facebook has become a gatekeeper for much of the news that Americans consume online. Many traditional news outlets have morphed into being the so-called content pipelines for Facebook’s news factory” (Singh and Taylor 5).

How then, does DNN envision the distribution of published articles? And how will users be reading – or: consuming – news? The first question can be answered quite briefly: articles will be “listed in the chronological order in which they were published as a vertical stream dating back to the first published article” (Singh and Taylor 37). There’s no recommendation algorithm, no filter, no upvoting: no structure that allows the development of digital echo chambers. There’s simply a chronological news feed. 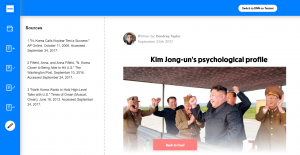 A random article on DNN. Note how the ‘sources’-section has a prominent place in the interface.

On DNN there is no gatekeeper that funnels content by ways of privileging. Users are more or less left to their own devices. How will that affect their consumer behavior? There’s no clear answer to that in DNN’s whitepaper. The platform does however encourage consumers to actively read and engage: such behavior can even be rewarded with tokens. DNN also suggests another way for consumers to earn tokens that at the same time invites them to open up dialogue: consumers can suggest topics for producers to write content about and be rewarded for it. In this sense, consumers also contribute to the news production process.

Even though it isn’t exactly clear how many and how heavily people rely on Facebook for their news consumption, the platform is now able to reach more than half of the internet population. Its undisclosed algorithms, fueled by profit maximization, dictate what news all of those people (don’t) get to see. We’re thus being nudged into consuming the news that Facebook deems appropriate for us. News organizations are consequently nudged into creating content that ‘works’. Factual and qualitative journalism lose ground to fake news and clickbait.

DNN introduces a different type of online news architecture, powered by the blockchain. It creates a climate free of any central authority, free of censorship, and free of incentives that are structured by corporate greed. The architecture that DNN proposes, leaves no room for centralized choice architecture. The underlying blockchain technology removes the man behind the curtain from the equation.

But do we want that? This final question calls forth a much deeper contemplation of who (we think) we are. Some observers may deem us imperfect animals, who need to be guided into leading better lives (Thaler & Sunstein 9). Others may argue how nudging limits our ability to think and act freely, and may eventually eliminate the possibility of human flourishing (Morozov 12).

Morozov, Evgeny. To Save Everything, Click Here: The Folly of Technological Solutionism. Public Affairs, New York, 2013.

Lovink, Geert, and Ned Rossiter. “Organized Networks / ‘Seriality for All’: The Role of Protocols and Standards in Critical Theory.” pp. 1-6.

Stewart, James B. “Facebook has 50 Minutes of Your Time Each Day. It Wants More.” New York Times. 5 May 2016. https://www.nytimes.com/2016/05/06/business/facebook-bends-the-rules-of-audience-engagement-to-its-advantage.html.